‍When it comes to soccer drills for 5 year olds, there are many possibilities. You can use this as an opportunity to improve their overall ball control, dribbling skills, and agility. Even the most experienced players will find value in these drills.

Soccer is a fast-paced sport that requires players to be quick on their feet and think strategically about how they move the ball down the field. These drills are designed to help young players master some of the fundamentals of the game. They’ll hone motor skills, develop spatial awareness around them, and do all of this while having fun! Read on for more details...

Dribbling is one of the most basic soccer skills and is something that every player does multiple times during a game. As a coach, it’s important to make sure that your players master this skill before moving on to more advanced techniques. There are many different types of dribbling drills that you can use with 5 year olds:

Passing is the most important skill on the soccer field. It’s how the ball gets from one player to another. It’s also how a team can score a goal. For 5 year olds, there are a few different ways you can run passing drills. - Wall Passing - Wall passing is a great way to introduce younger players to the fundamentals of passing. All you need is a wall and a ball to get started. Place the ball against the wall and have the first player take a few steps back. They should be far enough away that they can see both the ball and the wall. The player should then pass the ball towards the wall. The next player then steps up and continues the drill. This is a good way to work on accuracy and timing:

Once players are comfortable with the basics of dribbling and passing, you can start to introduce movement drills. These drills require players to move with the ball and use their teammates to get into scoring positions.

These are drills that focus on the rotation of the ball and how it moves from one player to the next.

Some basic soccer games are a great way to end a practice session or even a full-blown practice. These games can help young players learn how to pass the ball and how to move as a team. They’ll also help with conditioning and improve players’ aerobic capacity. Here are a few soccer games that you can use with 5 year olds.

10 Tips on How to Teach 5 Years Olds Soccer Drills

Let’s face it, we all have that one friend who knows everything there is to know about soccer. That friend probably even plays in a local adult league, and has a certificate from the UEFA Pro License that they recently acquired by going on a one-month training course at some obscure university in Norway. While you can’t exactly become your friend’s equal overnight, there are some things you can do to help your kid improve their game when they play soccer with their friends. It doesn’t matter how old your kids are when they play soccer – almost every kid loves playing it because it’s fast-paced and involves lots of running around and kicking balls towards the goal. And while most kids have a natural affinity for the game from an early age, nobody is born with the ability to pull off fancy feints or dribbles past opponents like Lionel Messi.

This may sound like a weird suggestion, but there are a couple of things you should check. Firstly, make sure your kid’s soccer cleats aren’t too worn out. They need to provide enough grip so that they don’t slip while they run, but they can’t be too worn down or they’ll be dangerous to play in. Make sure that their shin pads are long enough – they should go above the knee. As for their soccer socks, they need to be long enough so that they don’t get caught in their cleats when they run. It’s also a good idea to make sure your kid’s jersey is the right size.

In a game where there are no referees and the rules are almost non-existent, there’s no reason for your kid to not take charge on the pitch. If your kid’s opponents are having a little too much fun kicking the ball away from their goal and towards yours, tell your kid to start directing where the ball should be kicked. If your kid’s teammates are just standing around doing nothing while an opponent is coming towards them with the ball, tell your kid to switch positions with the other player and mark their opponent. In short, make sure your kid is directing the game, instead of just being a passive player who lets things happen to them.

Set up Small goals During Practice

Most kids play with a soccer ball in their backyard, or on a field that’s too large for them to have any real tactical advantage over their opponents. Set up small goals with a smaller-than-regulation size soccer ball and have your kid practice scoring as often as they can. This will help them become better at shooting from all distances, and will help them score from more difficult angles.

Don’t Over-Complicate Things With too Many Rules

There’s a big difference between playing soccer and playing a game of soccer. In competitive matches, even kids at the highest level of the game are bound by rules and limitations that are there to make the game fair. You don’t need to bother with all that in backyard games (or at least, you don’t need to bother with it too often). You can even let the kids decide what rules they’re going to play by ahead of time, so that nobody gets upset when they lose.

Teach the Fundamentals of Dribbling and Passing

Even though most kids start playing soccer when they’re very young, most of them never really learn how to pass and dribble correctly. There are plenty of adult soccer players who can’t pass properly, and plenty more who can’t dribble at all. Passing and dribbling are two of the most important skills in soccer, and the earlier your kid learns how to do them properly the more natural it will feel to them later.

Have Your Kid Practise with Both Feet

Some of the best soccer players in the world started out playing the game without any restrictions. They played without referees, without coaching, and without any kind of real tactical strategy. Just let your kid play without you telling them what to do for 15 minutes at the end of each session where you’re coaching them. Let them experiment with different moves and feints, and see what happens. 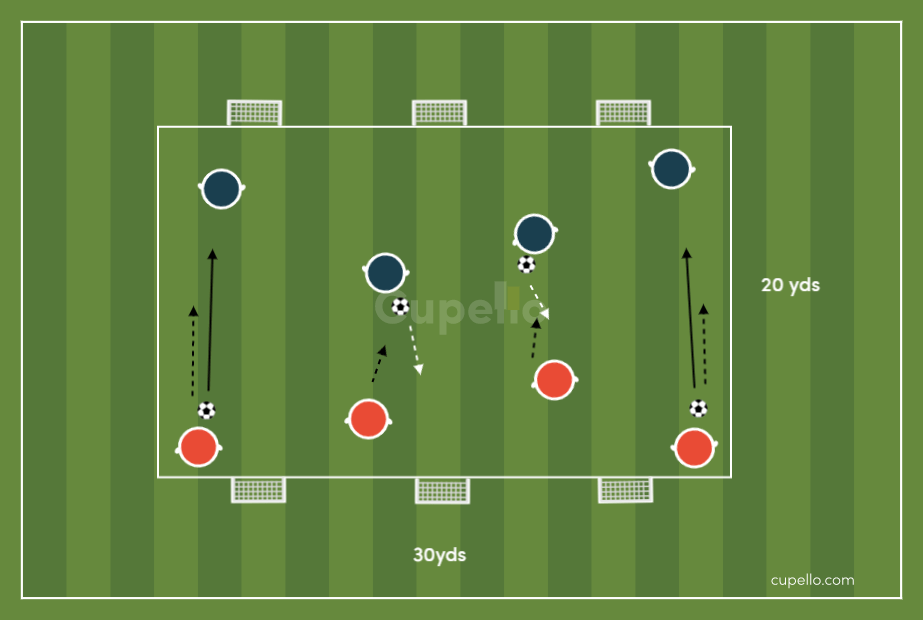 Beating opponents in 1v1 situations and mastering ball handling are critical at any stage of development and in any league. 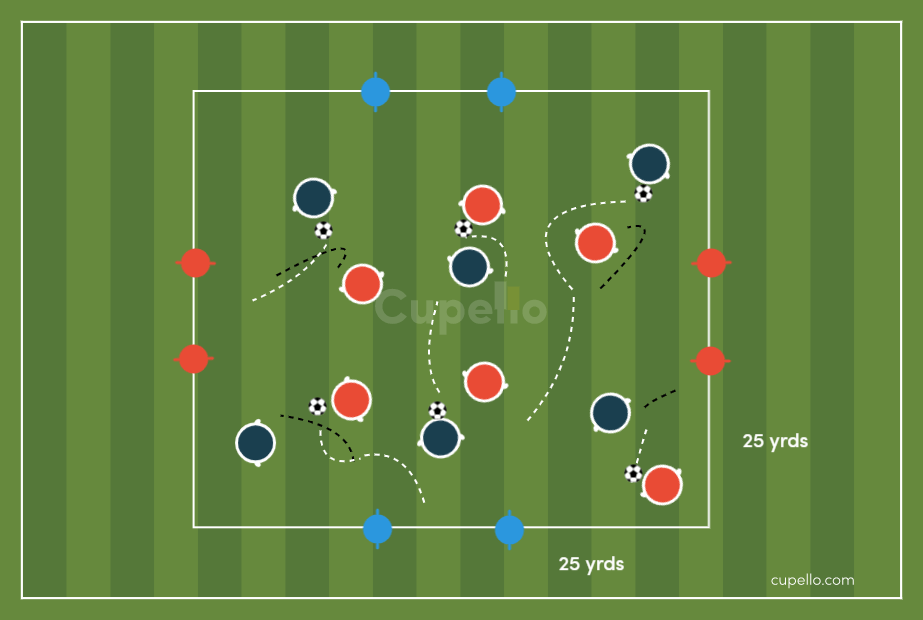 The foundation to work from and connections with teammates that mastering their body and the ball provides is vitally important. 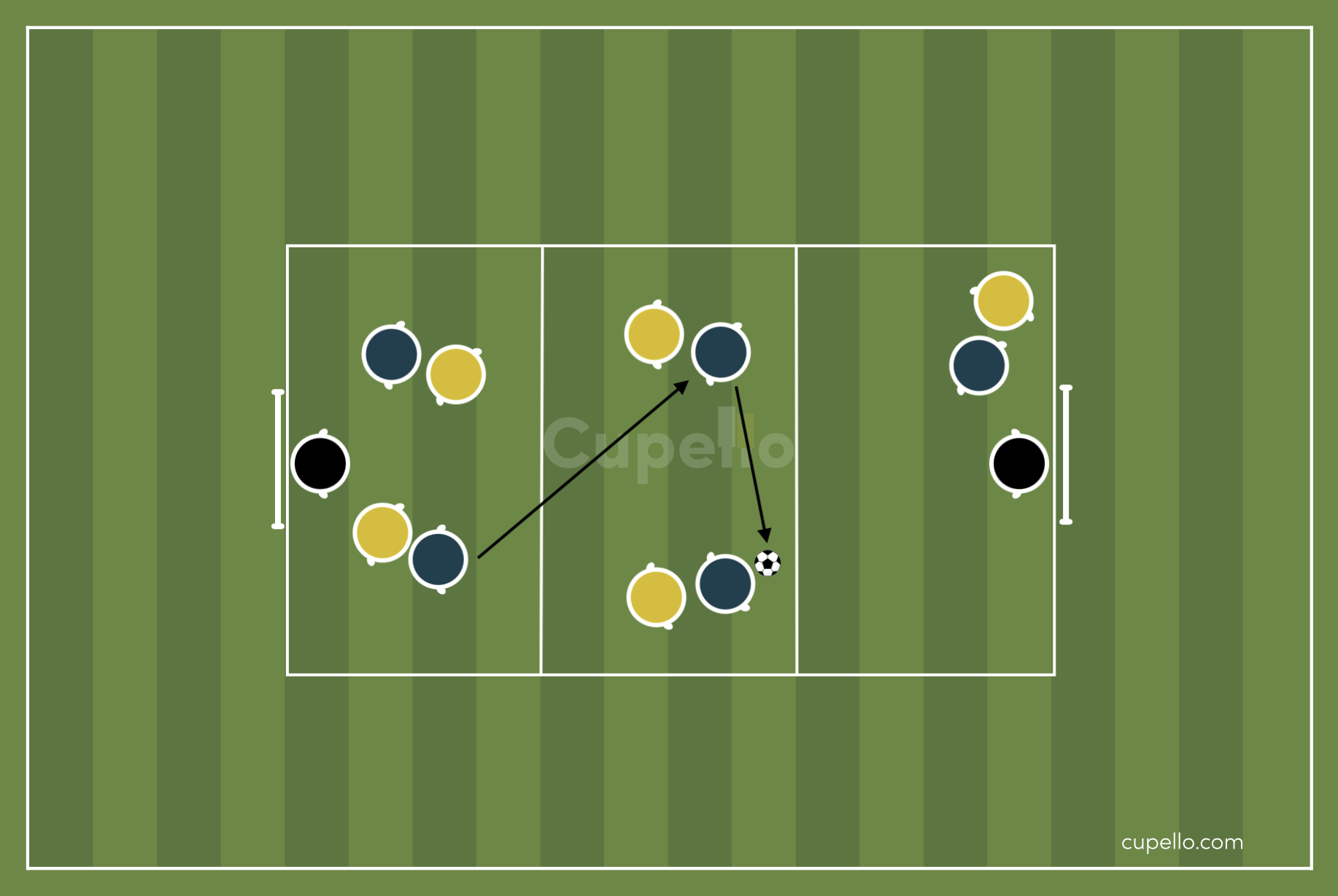 Young players can develop to their fullest potential by playing this game, which provides a lot of repetition in game-related skills. 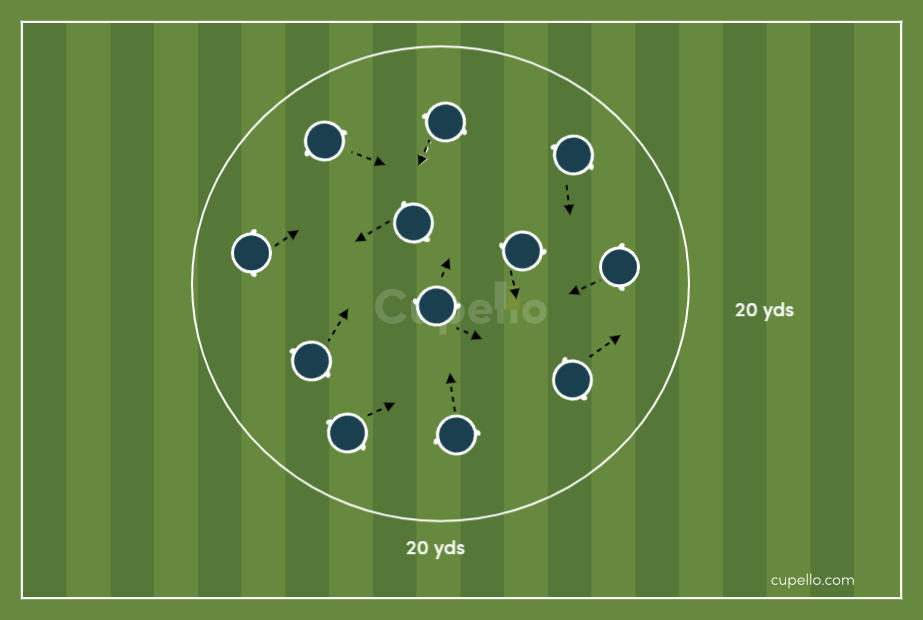 It is a enjoyable way to improve players' foundation, movement, and skills. 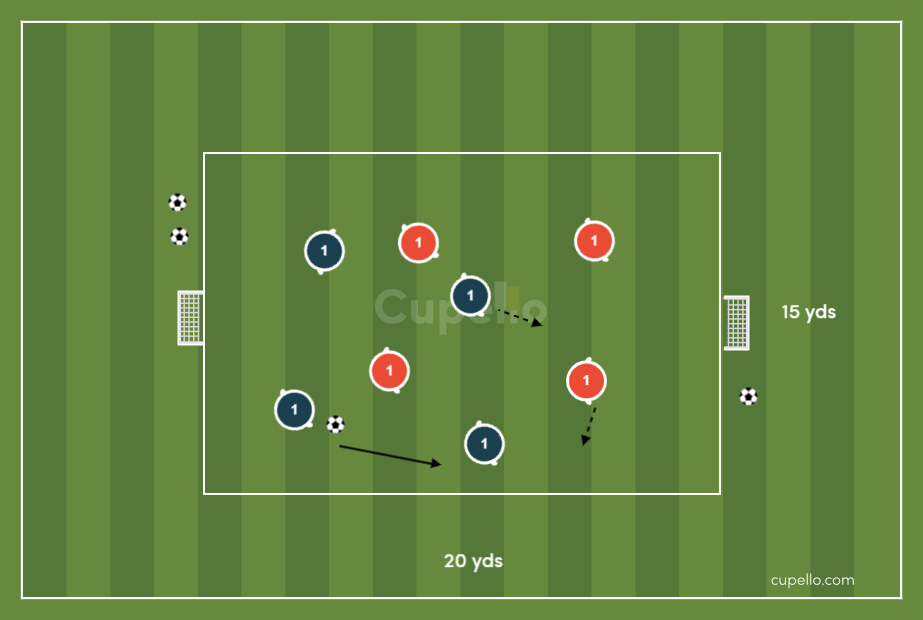 Players are encouraged to create space and move into it in this fun game.

Soccer is a great sport to introduce young players to the world of sports. It’s easy to learn, can be played year-round, and is a great way for kids to stay active. These soccer drills for 5 year olds will help improve their skills and build a strong foundation for their sports careers. Keep in mind that these drills are meant for beginner soccer players. If your child is older and more experienced, you can try out more advanced drills.

When you step onto the pitch, your competitive spirit and desire to win…

As a soccer player, your conditioning will directly impact how much time…

Improve your soccer skills and technique fast with these dynamic soccer…

It’s no secret that grassroots soccer is the foundation of the sport.…