It is one of the most thrilling and one of the most deflating moments in sport – one team scores a winning goal and the other team is bereft losing to the simple act of putting the ball into the net. If you don't shoot, you don't score and your team doesn't win. It's as simple as that.

A goal is the holy grail of the match, score and don't let your opponents score.

Soccer shooting drills are a vital part of success so with that in mind having good technique in front of a goal is key for attacking players – and even defending players should be able to master the technique of shooting at a goal. It goes from seeing the opportunity, the timing of runs, what to do with the standing leg, and which part of the ball you kick.

We hear a lot about the fantastic players who can shoot with both feet or chip a ball beautifully over the goalkeeper and into the net.

Goals are scored by players shooting from angles from different areas of the pitch and from different parts of the foot. Goal scorers deserve the accolades they get because it is such a huge moment in a game.

In this guide, we explore the different techniques – how to shoot, where to shoot, and which part of the foot to use. If you want to see the Goals For column filling up then read on...

When shooting at goal there are two things to consider, power and accuracy. This can also mean decision-making will come into the shot when the player looks up and sees where the goalkeeper is and where the best part of the goal is to shoot at.

Shooting is something that all players of the game enjoy, regardless of age. Think about your first 10 minutes of training when your players turn up, I bet you're constantly telling them you want them to pass the ball between themselves not shooting at the goal!

But it does need to be practised because it is the practice that will make it easier for your strikers to hit the net in their next match.

In youth soccer accurate shooting is usually more successful than power shots, purely because if you hit the target it takes good goalkeeping technique to keep the ball out. But also if the player is in the penalty area and wants to hit the corners of the net with an accurate shot. With a power shot you use the laces but with an accurate shot you want to use the part of the foot which lets you control where the ball is going and that is the inside of the foot – like a sidefoot pass.

Youth players should shoot with power from distance so that the shot has a good chance to go into the net. This is a less accurate way of shooting but if the player catches it correctly the goalkeeper will do well to keep it out. Hit power shots with the laces of the boot, the instep.

It takes practice to master the two techniques but hitting shots at goal is good fun and the more a player does it the more confident they become and the more success they have.

Top Tips to Create Great Strikers of the Ball

To coach players to be the best strikers of the ball here are a few ways to help them get better at scoring goals with good shots: 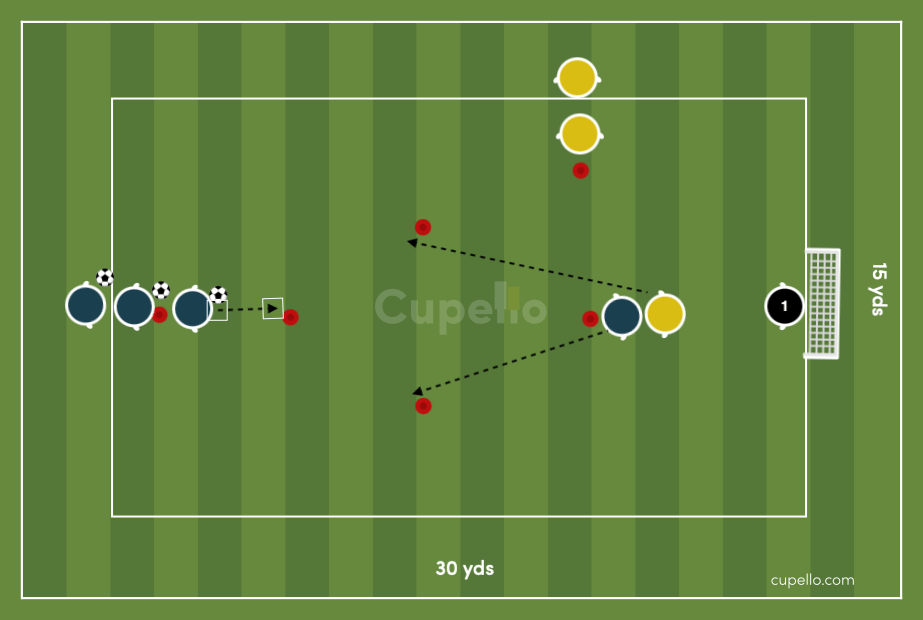 2. Shooting From Runs Outside the Penalty Area 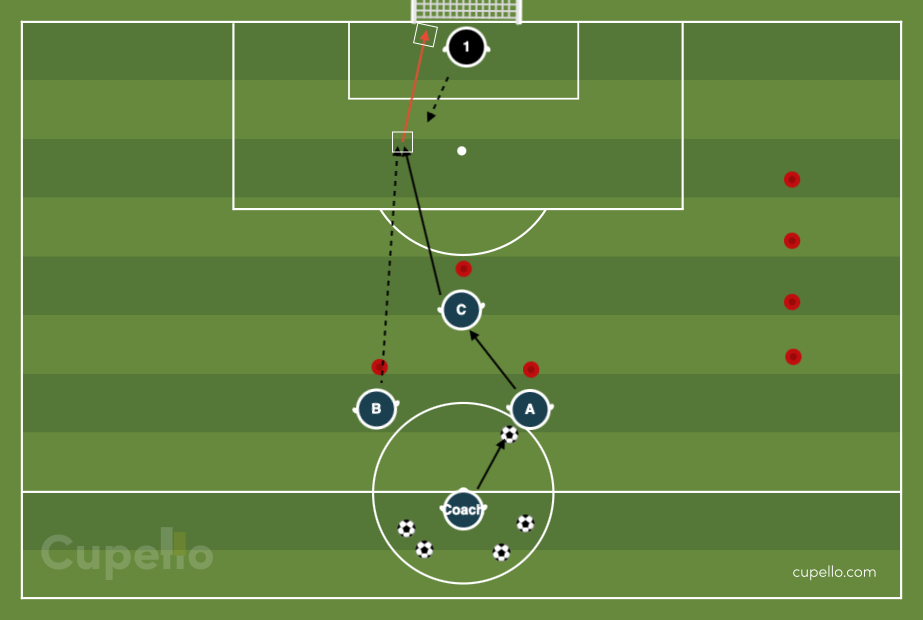 If you want your players to shoot from runs into the penalty area with build up play from outside the penalty area this is a great drill and one that gets players shooting to catch keepers unaware.

3. Accurate Shooting After a Dribble 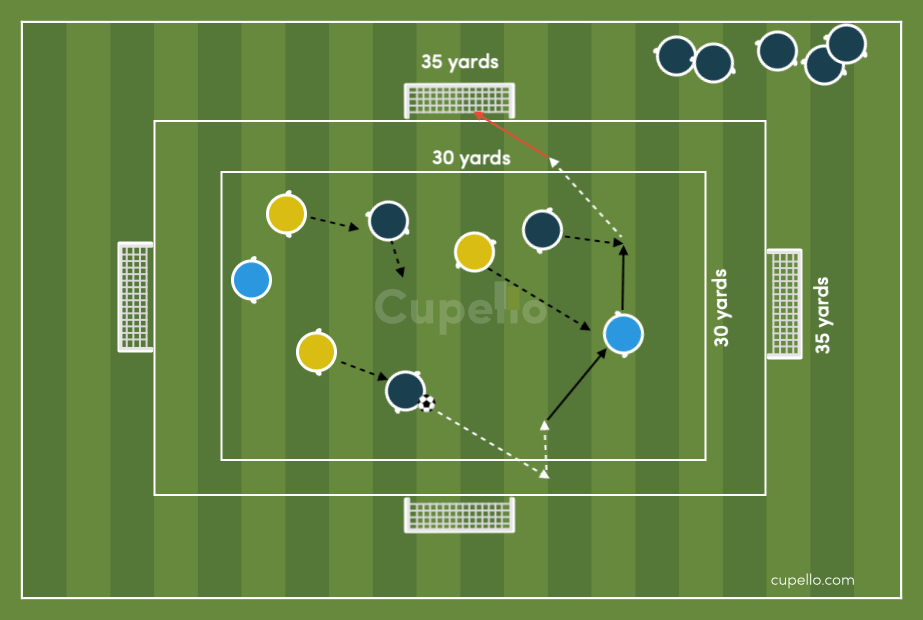 I want to see players having an end product after they have made a successful dribble into attacking areas of the pitch – in this shooting drill the dribble ends with a shot on goal where they make the decision over accuracy or power.

In this drill, players link up with passing and movement to build up interplay setting up each other to shoot at goal with a first-time shot – technique key to success. 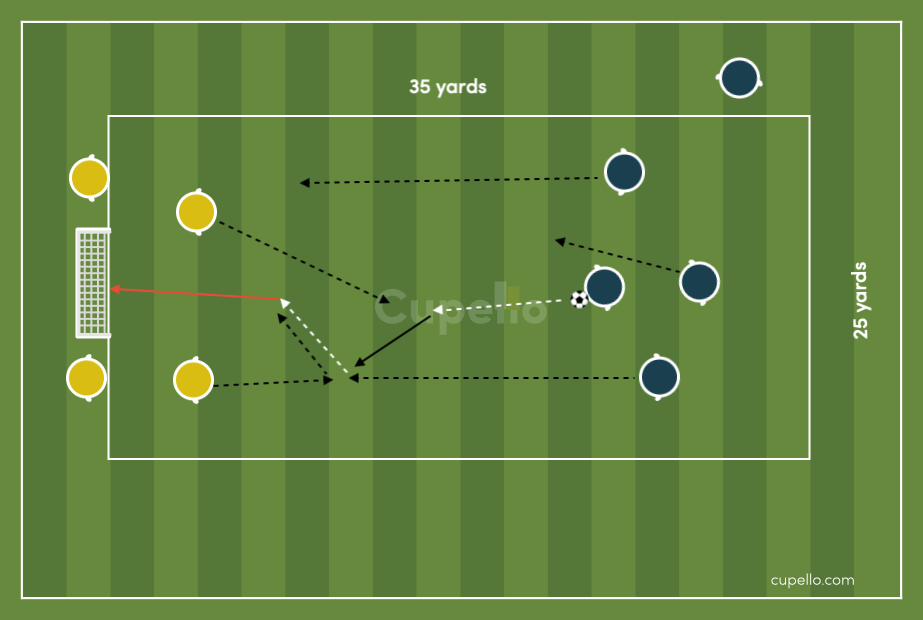 In match play, the overload situations that happen should create goal-scoring opportunities. This drill helps the attackers to make the right moves and decisions so they can score more goals. 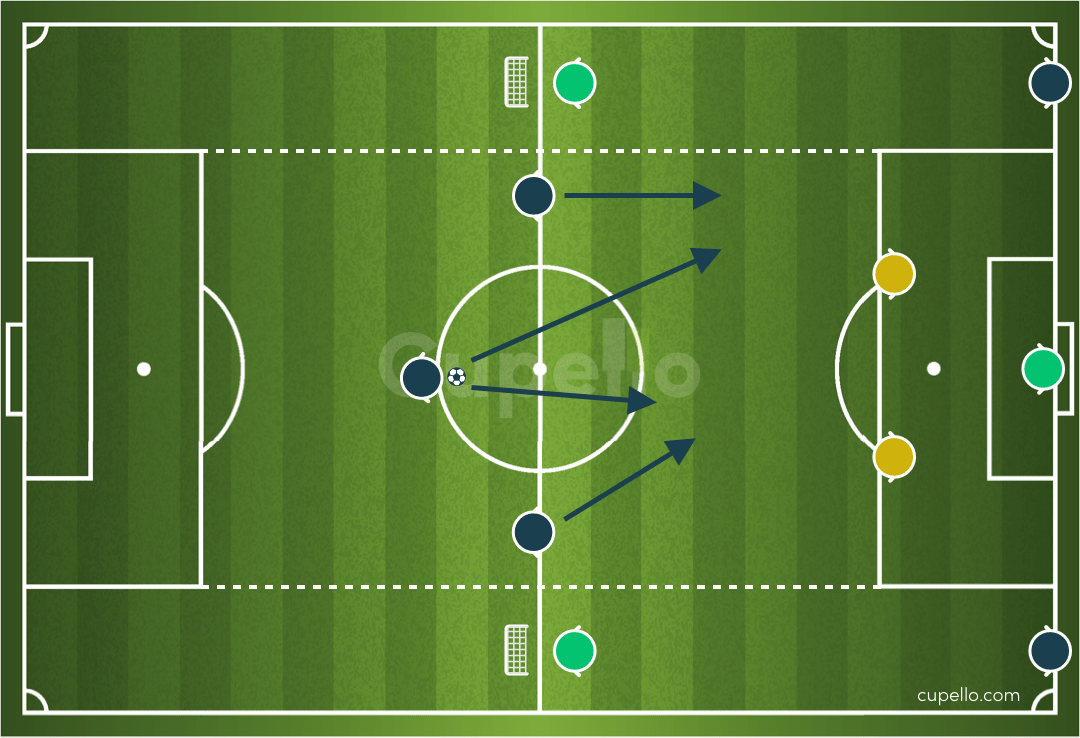 Counter-attacks can create shooting opportunities for players with fast breaks and passes or crosses into the penalty area that players can attack. Move fast in the 3v2 to create lots of overload situations 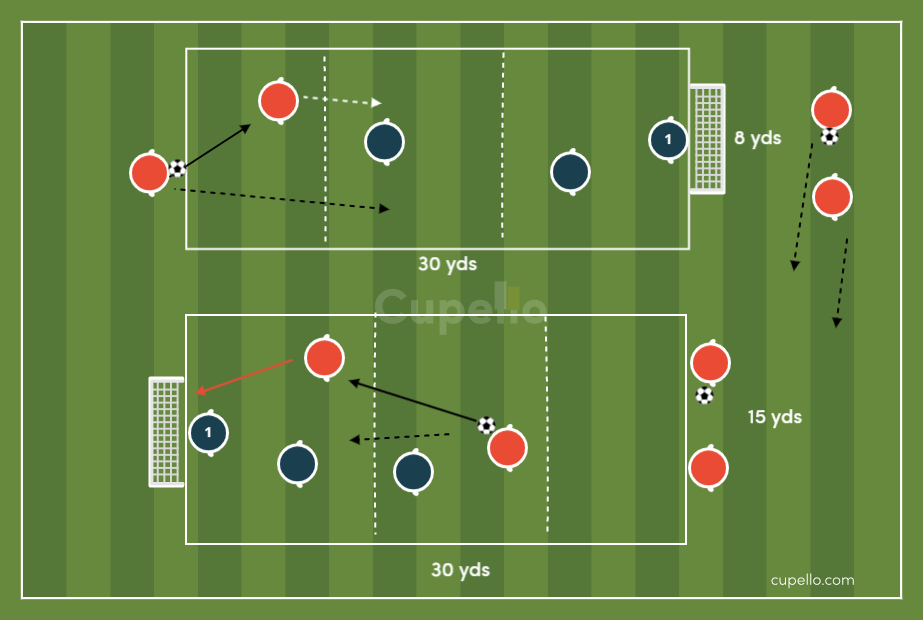 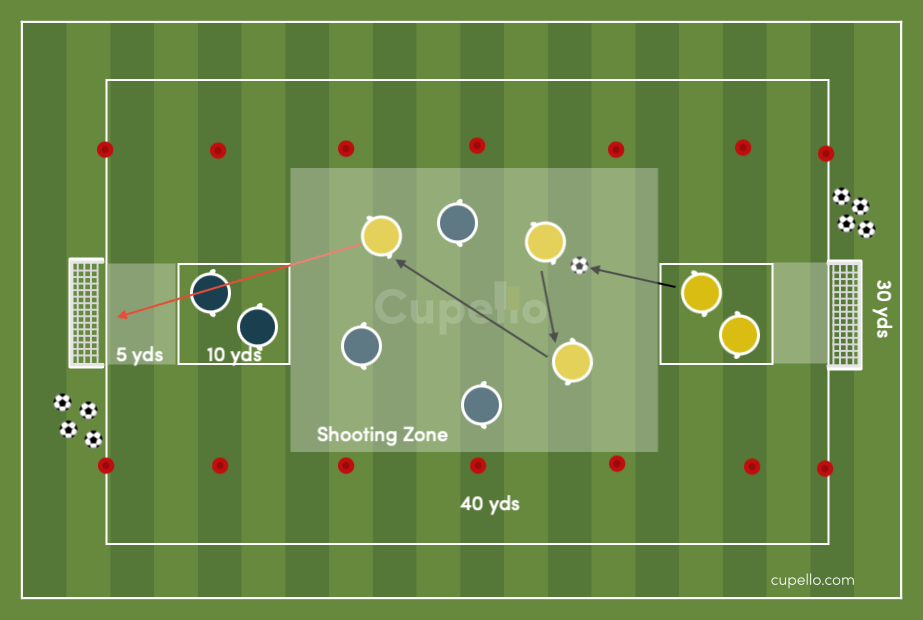 There are situations in matches when the goalkeeper comes out of goal or has poor positioning or dives at a players feet when a chip shot over the keeper is the best way to score a goal. Coach players how to chip the ball into the net with this drill. 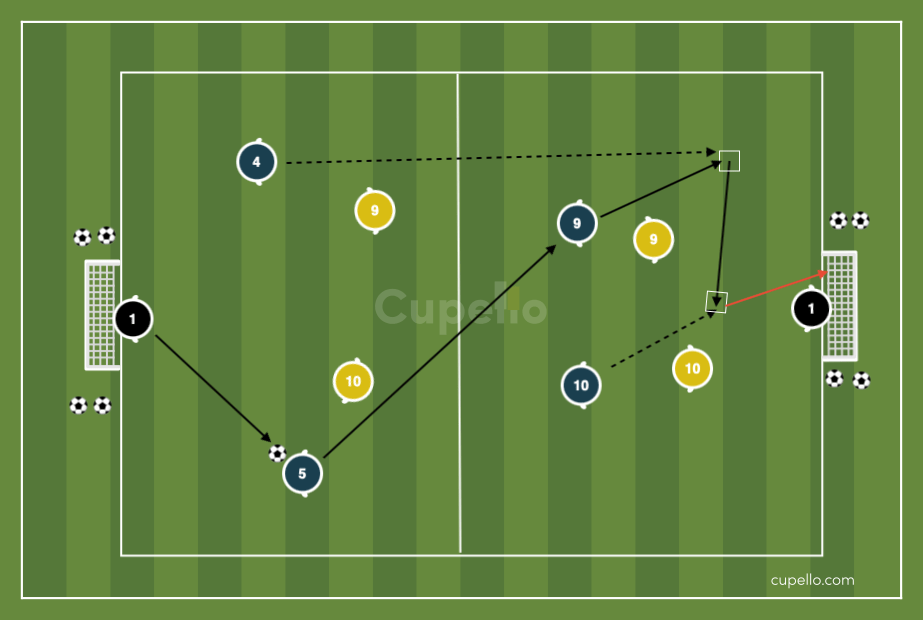 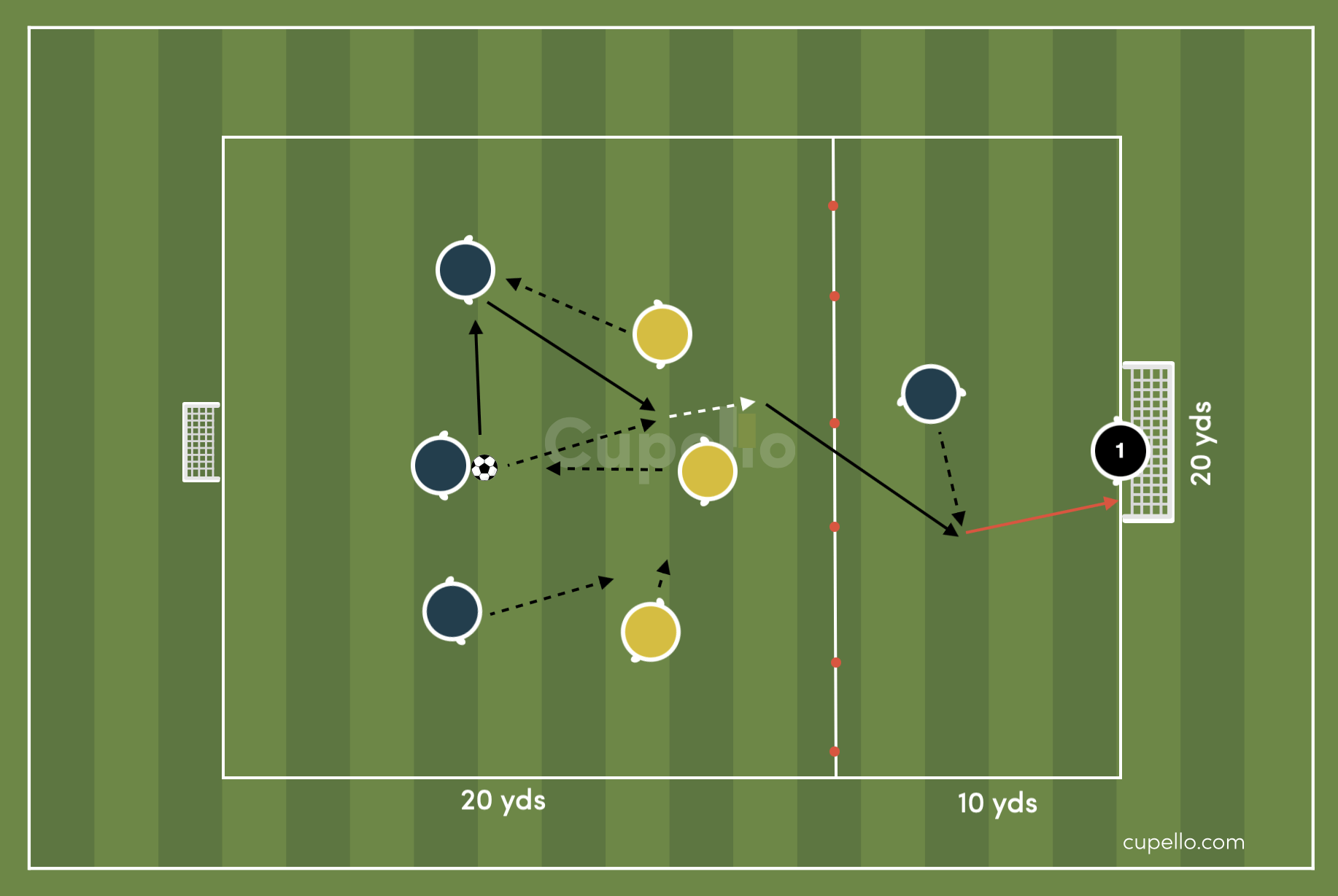 If you play with one striker up front it can work to your advantage with great through balls to the player up front. Get them receiving and turning to shoot at goal in this clever drill. 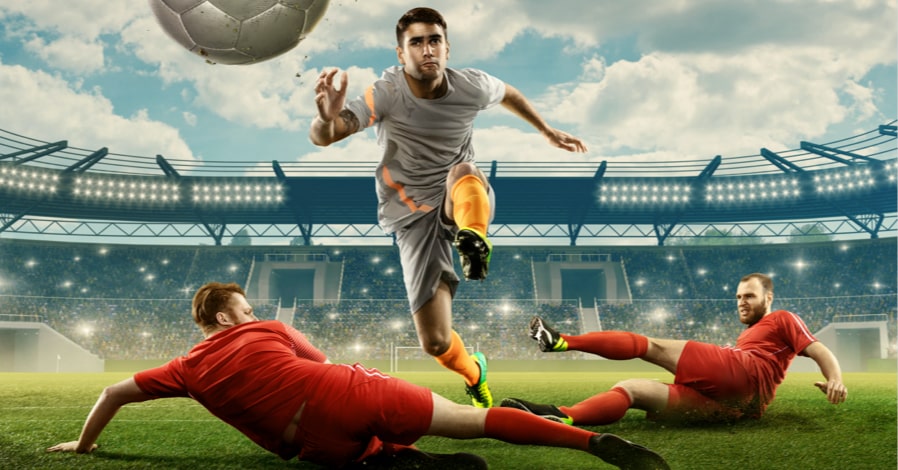 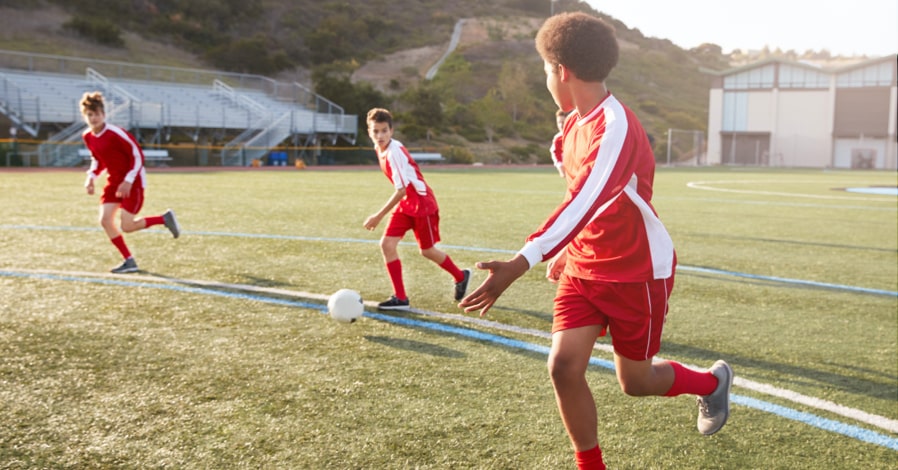 Passing soccer drills are all about keeping possession of the ball –…