Where Have All The Strikers Gone?

The top sides are no longer reliant on an out-and-out striker despite the perception that without them, teams will struggle to be their best

Jamie Vardy and Michail Antonio are arguably the only strikers to show their true quality so far this season, sharing 13 goals between them in the opening 11 games.

Whilst traditionally bigger teams may hold the most successful strikers in the world; Cristiano Ronaldo at Manchester United, Romelu Lukaku at Chelsea and Harry Kane at Tottenham, all of them are yet to bag the number of goals expected of their quality.

Chelsea currently sit at the top of the league without a reliance on Lukaku, whilst Liverpool and Manchester City show that a successful team does not need a striker at all.

So, what does this mean for strikers in the Premier League? Are they now a thing of the past?

Liverpool and Manchester City are paving the way for a style of football that no longer looks towards a front man to bag the goals.

Liverpool’s front three is arguably the best in the world, including the most in form player in football, Mohammed Salah, alongside Sadio Mane and either Roberto Firmino or Diogo Jota.

These players use their blistering pace, excellent ball control and clinical finishing to regularly outscore their opponents. Salah, in particular, already has 10 goals in the premier League and has won the golden boot on two previous occasions, sharing it with Mane and Arsenal’s Pierre-Emerick Aubameyang in the 2018/19 season.

In previous seasons Firmino has sacrificed goal scoring opportunities to the benefit of Salah and Mane, as he creates positions and through balls for his fellow forwards. This clinical trio has shown for many years that an out-and-out striker is not vital for getting goals.

Manchester City’s lack of a striker is slightly different.

Unlike Liverpool, they have seen the success of Sergio Aguero, who despite his smaller frame, had led City’s front line to years of title triumph. But as he reached the end of his time at the club, attention was turned towards Gabriel Jesus as his successor, although Jesus does not possess the clinical finishing of his predecessor.

Pep has therefore resorted to rotating his attacking midfielders in a fluid forward three. Having experimented with a number of players in a false 9 position, including Kevin De Bruyne. He has now relied on a system whereby either Ferran Torres, Phil Foden or Jesus to play in the false 9 position.

Two wingers either side will drift centrally and rotate with this key player, making it difficult for defenders to pick up on a truly central front man. This system enables City to score plenty of goals from a large variety of players helped by the fluidity of passing and movement of a Pep Guardiola side.

Chelsea have had a strange but successful start to the season. After letting go of Olivier GIroud and Tammy Abraham, the club began the season with the quick-paced but unreliable Timo Werner.

Assessing this situation, boss Thomas Tuchel had initially prepared for football without a striker, using Kai Havertz in the false 9 position, as shown to great success in the previous season’s Champions League final.

But when Lukaku re-joined the club, fans were excited to see whether Romelu could carry his form from Inter to help Chelsea lift the Premier League once again.

However, after an initial flurry of goals, Lukaku has gone a further 4 games without a goal. Chelsea’s defenders have filled the void, with a combined tally of 12 goals, Reece James being the club’s top scorer in the league. Therefore, despite the lack of striker success, Chelsea have used their defender’s abilities to sit atop of the league.

So, with strikers showing they may no longer be the key to unlock success in the Premier League, what has changed?

What can be seen by the three teams previously mentioned, is their revolutionary use of full backs. These players are no longer used exclusively to defend against wide players, but they also become extra attacking players.

By providing width and possessing excellent crossing abilities, they enable attacking midfielders to take up more central positions and replace traditionally large front men with quicker footed and technically capable players. Liverpool’s Trent Alexander-Arnold and Andy Roberston are the main providers for their deadly front three, Trent regularly reaching the top of chances created within the league from his right-back position.

Joao Cancelo, similarly, for City, provides countless opportunities for his attacking players. Whilst Chelsea, as has been seen, can rely on their wingbacks not only to create opportunities but also to score goals from inside the box when they join in attacks.

The way these teams use their full backs is changing the way clubs attack. If they are able to relieve some of the attacking burden from their midfielders, then the forward players are able to take up better positions inside the box. This reduces the need for out-and-out strikers.

But to think that strikers have no use at all would be false.

Ronaldo has shown that he can be the man to provide United with important goals and it is surely only a matter of time before Kane begins another relentless scoring spree. Strikers can provide teams with a focal point for attacks, dragging midfielders further up the pitch and therefore providing a vital alternative attacking strategy.

But what can be seen by the success of Chelsea, Liverpool and Manchester City is that they are no longer integral for a team to win and that other players can become versatile attacking options. 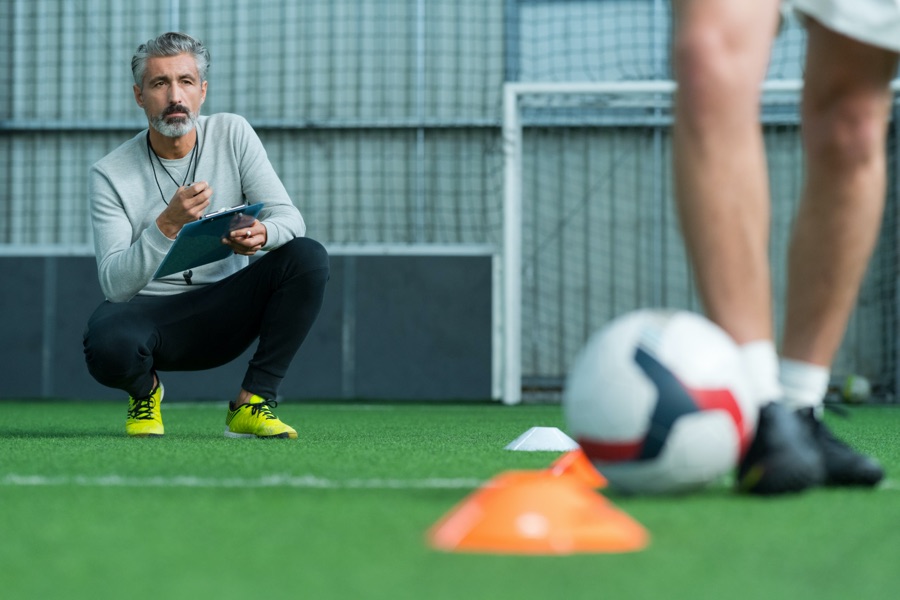