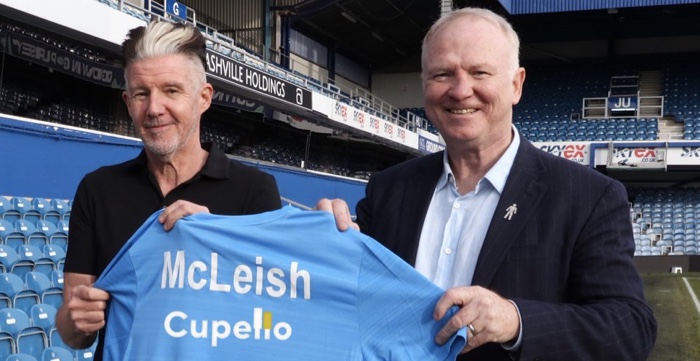 Cupello is Rethinking on-line soccer coaching with a world class team of coaches and experts.

McLeish will bring his experience in coaching and incredible 47% win ratio to Cupello! He will devise bespoke coaching drills, sessions and contribute key opinion pieces as well taking part in a range of marketing and brand campaigns.

With Cupello having launched during Covid and with this announcement of Alex McLeish as Brand Ambassador, Cupello is continuing its growth as the pioneers within the digital soccer coaching arena.

McLeish who has a stellar managerial and coaching career, that included Scotland, Rangers, Aston Villa and Birmingham City. He won 7 trophies in 4 years with Rangers, and the League Cup with Birmingham City. Between 1994 and 2018 he achieved an incredible 47% win Ratio.

Of his appointment as Brand Ambassador Alex commented, “I’m absolutely thrilled to be joining Cupello, I was very impressed by the platform, the coaching and technical team and their vision for Rethinking online Soccer Coaching.”

Cupello has arrived! We are delighted to welcome you to our Soccer Coaching…